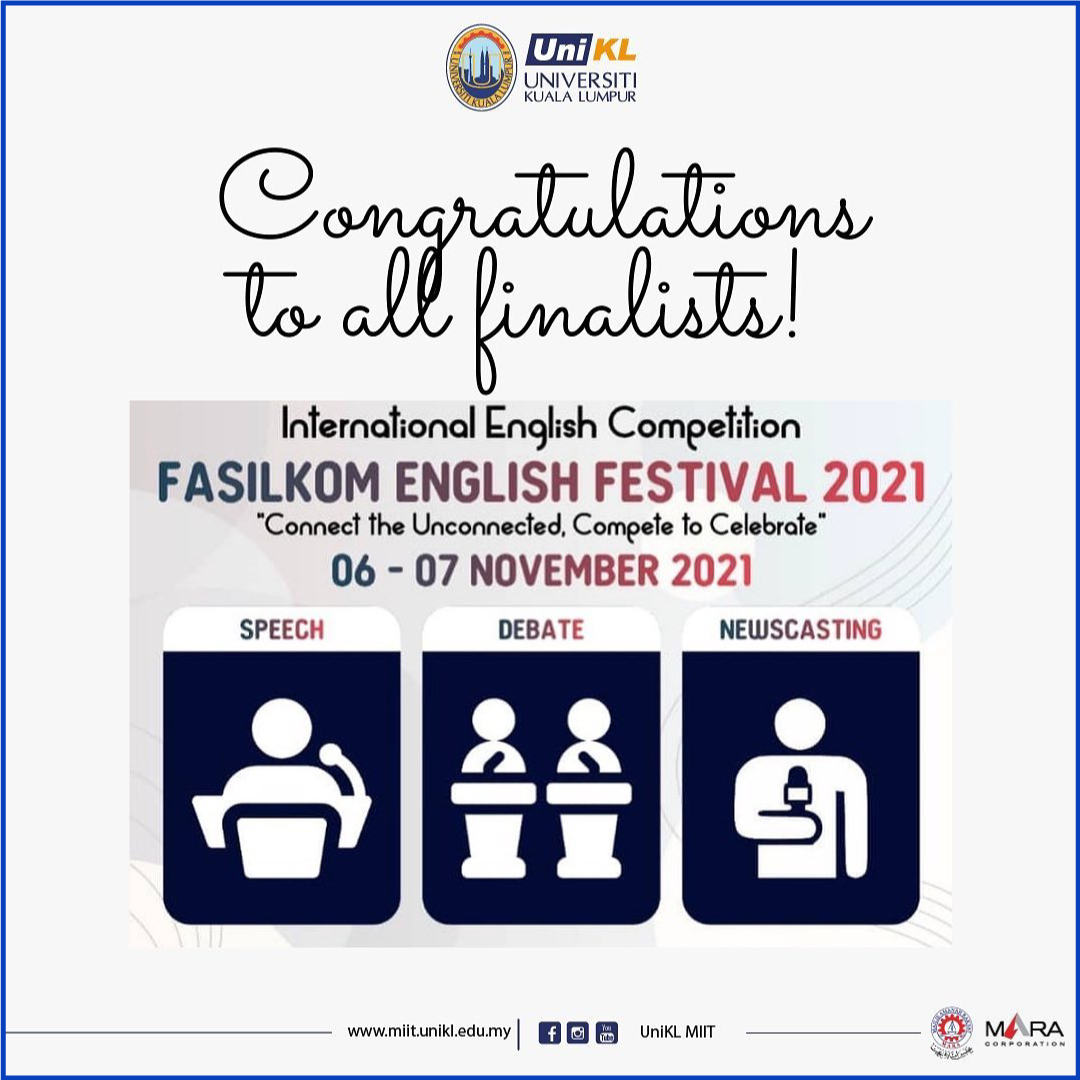 Two students from Universiti Kuala Lumpur Malaysian Institute of Information Technology (UniKL MIIT) have made the varsity proud by winning second and third place in a speech competition at Fasilkom English Festival (FEF) 2021.

Muhammad Ikhwan Mohd Rizal came off second best, while Muhammad Fiqri Wilter finished third from a total of 10 participants in the finals round, and both of them brought home certificates and cash.

Muhammad Ikhwan, 18, attributed the success to an English lecturer in the Student Development Section at UniKL MIIT, Puan Norilawati Md Jali, who has been supporting him from the beginning of the competition.

“I would say that she has been my ‘backbone’ from the beginning of the competition until the finals round.

“Having had the opportunity to be one of the participants is already a huge feat for me, who has zero experience in any speech competition at the university level, not to mention on an international scale. Therefore, this achievement came as a surprise to me,” said him, who is currently pursuing studies in Foundation in Computer Technology.

The 23-year-old Muhammad Fiqri, meanwhile, is grateful to finish third; however, he was hoping to clinch first place.

For the preliminary round, there were approximately 44 participants competing to qualify for the finals where they needed to post a 5-minute speech video to YouTube or Instagram.

A total of 18 students from UniKL MIIT participated in the competitions and seven of them advanced to the finals round.

While FEF 2021 is aimed at boosting the student’s confidence and potential in verbal, it is also intended to create bonds and friendships with other universities internationally.