Employability Rate of UniKL Graduates Above 90%

Employability Rate of UniKL Graduates Above 90% 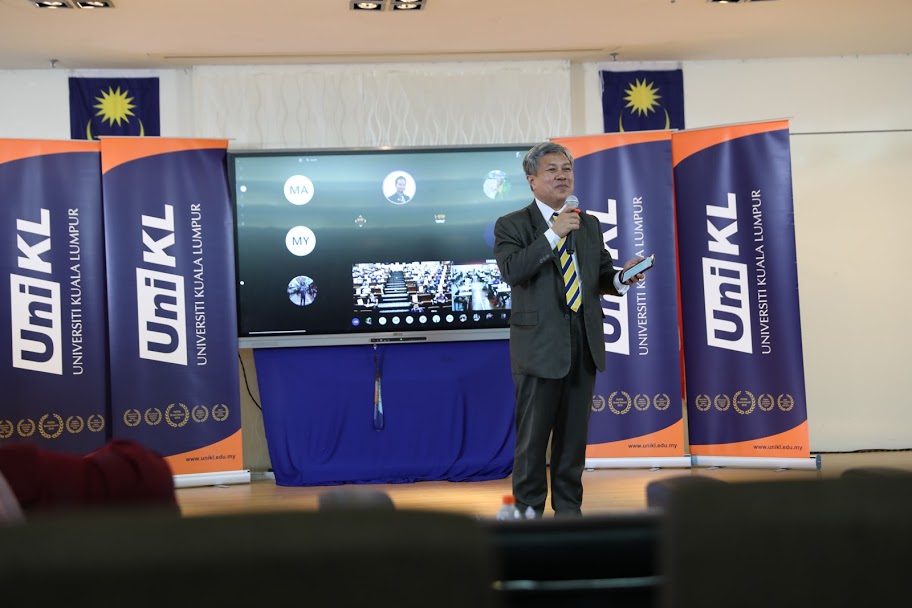 The employability rate of Universiti Kuala Lumpur graduates has constantly been on a positive scale over the years.

“This is not our data but from the Ministry of Higher Education. However, I know that during this time of Covid-19 pandemic crisis the statistics will not be as good as this. It is a global crisis now,” said Prof Dato’ Dr Mazliham.

Prof Dato’ Dr Mazliham was speaking to undergraduates who had recently registered for diploma programmes in 12 UniKL campuses in the July intake during the closing ceremony of the Welcome & Orientation Week at the Chancellery. The engagement session with UniKL Malaysian Institute of Information Technology (UniKLMIIT) students was held at the Chancellery and streamed live to 11 other UniKL campuses.

He also stressed that 50.3% of UniKL RCMP graduates are employed in the private sector while 24.7% in Multinational Corporations, 8.5% with Non-Government Organisations; 5.2% in Public Services; 4.3% in Government-Link Companies while 3% are entrepreneurs and 4% in other sectors.

“This is our big family. We have now around 20,000 students in UniKL. You are now part of this big family and we would like to welcome all of you,” he told the students. “UniKL was established in 2002 as the first TVET hands-on university. The mission of UniKL is to provide students or graduates with a competency that are needed by the industry. This is why MARA (Majlis Amanah Rakyat) established Universiti Kuala Lumpur.”

The concept of UniKL, said Prof Dato’ Dr Mazliham, is quite original.

“We have collaboration with our Spanish counterpart by establishing UniKL MSI in Kulim. Everything in MSI, the curriculum and equipment that we have in MSI, are all imported from Spain. UniKL MIAT, specialising in aircraft maintenance and aerospace, was established through collaboration with Northrop Rice Corporation in the United States. UniKL MIMET specialises in marine and shipbuilding programmes was established through our partnership with Australia while UnIKL RCMP was set up via a partnership with Sheffield University in the United Kingdom.”

UniKL MIDI is now working closely with several Italian universities while UniKL MITEC was established through experience and knowledge following collaborations with universities around the world.

“This is the concept of UniKL. Our international relation spirit is very strong. I want you to know why UniKL was established. It is for the simple reason of creating graduates who can perform in the industry. Not only that, we also want to create entrepreneurs among you. There are a lot of entrepreneurs that we have developed since 2002,” expressed Prof Dato’ Dr Mazliham who has been president and CEO of UniKL since 2013,

The biggest challenge to UniKL, he added, is to introduce our hands-on philosophy as society tend to regard hands-on education as second class education.

“But we believe this is the future. We need to train our young generation to acquire knowledge and competency in different expertise. To convince people that this is a good university we developed a protocol called WE4 ASIA. UniKL aspires to become one of the top universities in Asia by 2020 offering enriching university experience towards achieving academic excellence, graduate life success and developing sustainable enterprise,” he said.