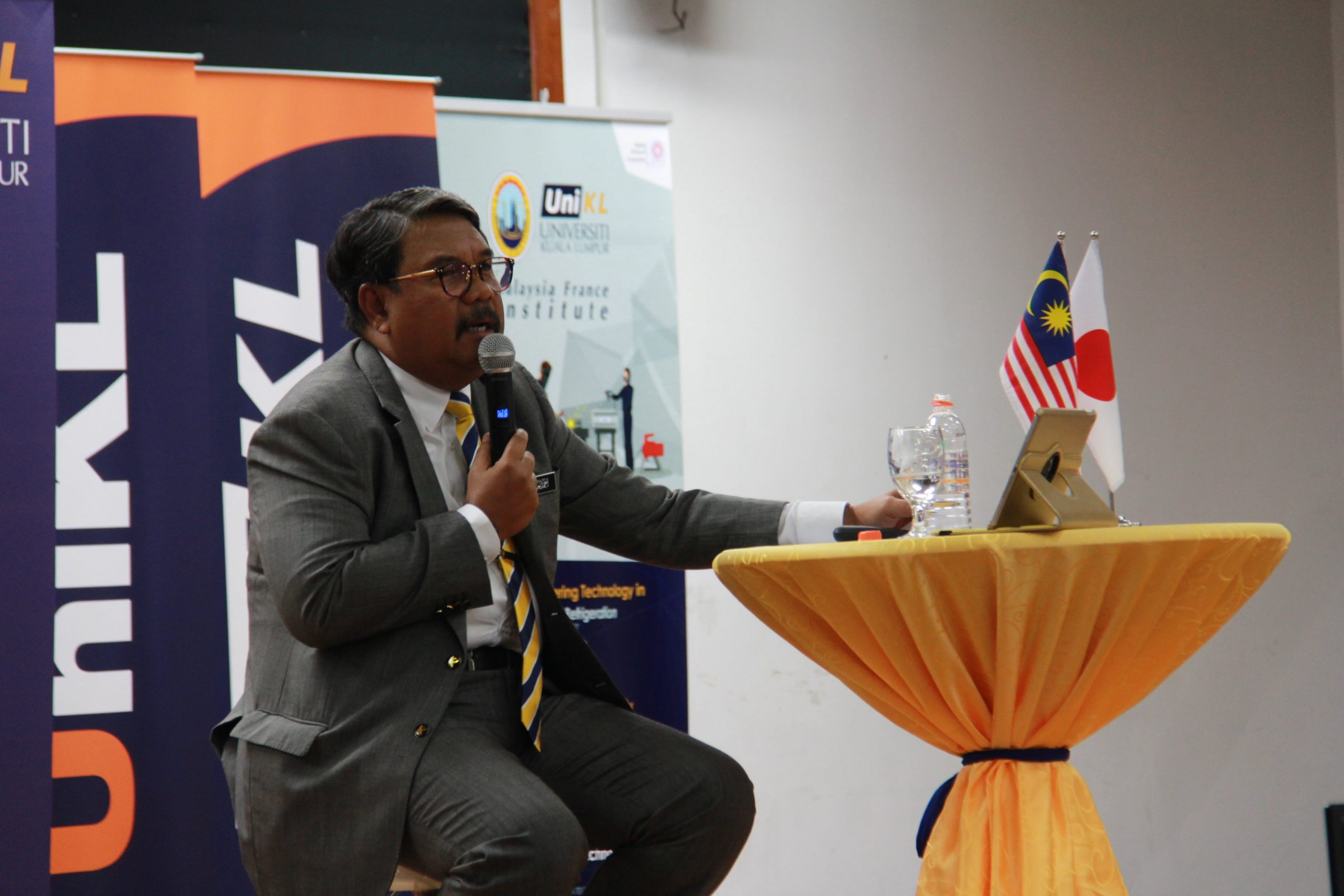 “Graduates should not only learn and speak the Japanese language fluently but understand the Japanese culture that will allow them to assimilate into the Japanese mainstream society upon completion of their bachelor’s degree programme in Japan.”

“There is a lot that all of you can learn while studying in universities in Japan. UniKL JUP provides an opportunity to study and work in industries there during your post-graduation period. Discipline, respect, teamwork, responsibility, time management are among the important values you have to instil in yourself,” he added.

The Ministry of Rural Development and MARA, he stressed, is thankful to UniKL MFI in coordinating the UniKL Japan University Programme.

“Under the 12th Malaysia Plan (2020-2024), we will enlist 150 students yearly for UniKL JUP, beginning with the first batch of 81 students. This is the first batch and the numbers are expected to increase in due time,” he observed.

Placement of students in Japan, said Dato’ Dr Ahmad Jailani, is in line with the Look East Policy initiated in 1993.

HELP, using Japanese loan fund, was a core programme of Japan Universities Consortium for Transnational Education (JUCTe) activities, with on-site education that started in 1993. In the third phase, over 1,000 Malaysian students came to Japan within the 22 years.

The project as a loan fund ended in 2011 but continued as the Malaysia Japan Higher Education Programme (MJHEP).

Dato’ Dr Ahmad Jailani also shared his personal experience of studying in japan with the students. He assured them that there is nothing to fear nor worry as they are safe and their welfare taken care.

The UniKL JUP programme was previously known as MJHEP and coordinated by UniKL Malaysia Italy Design Institute (UniKL MIDI) in collaboration with Yayasan Pelajaran MARA and was held at the MARA Japan Industrial Institute campus in Beranang, Selangor. Since 2011, a total of 722 students graduated under YPM-MJHP.

Prof Dao’ Dr Mazliham, in his opening address, said UniKL JUP is a three-year diploma programme offering mechanical or electrical and electronics engineering courses. Students who excel and meet the requirement set by MARA will be offered placements in any of the 24 universities in Japan for a bachelor’s degree programme.

“Students who have completed their SPM examination with excellent grades are welcome to join UniKL JUP. Registration is still open,” said Prof Dato’ Dr Mazliham, adding that of the 81 students who joined the programme in the current July intake, 33 are pursuing a diploma in electrical and electronics engineering while 48 others have signed up for a diploma in mechanical engineering.