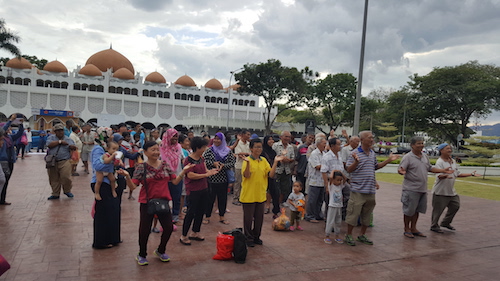 50 UniKL Royal College of Medicine Perak (UniKL RCMP) staff and students worked hand in hand with ‘Dapur Jalanan’ a non-profit organization, in conducting a community program for the homeless and the under-privileged at Dato’ Sagor Ipoh Food Court recently. Almost 100 homeless people turned up to collect cooked food and used clothes donated by the generous public.

Food distribution started at 5.00 pm, though some people had gathered as early as 2 pm. UniKL RCMP staff and students organized an ice breaking session followed by a counselling session with the homeless. The students and lecturers also interviewed many of them to identify their health level and the treatment they have been receiving. Most of them were friendly and willing to answer questions while some were suspicious and moved away when the students tried to approach them. 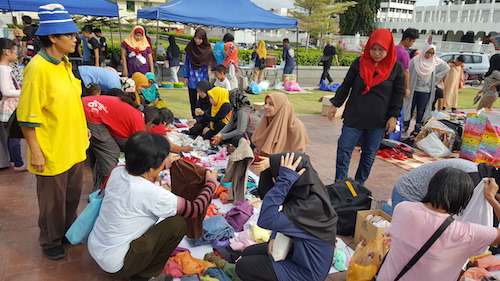 Health wise, 42% are seen to be having severe health problems, 32% are physically handicapped, 13% are being treated for mental problems and the rest are drug addicts. 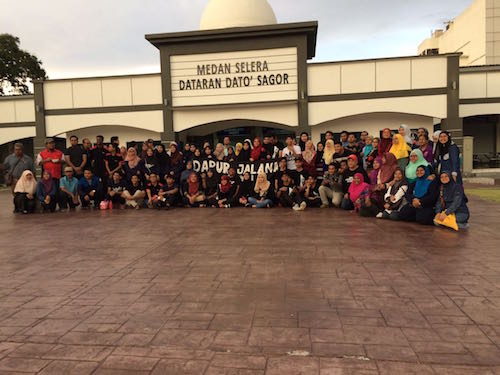 Most of them stayed at the Urban Transformation Centre (UTC) and the Ipoh wet market so that they have easy access to the nearby clinic, easy to get odd jobs and have a roof over their heads.Studies show that 25% of the homeless sleep at shelter homes provided by the

Welfare Department (JKM), 23% at friend’s houses, 14% in the five-foot ways and side alleys, 8% under bridges and the rest at other public places. Nur Iman Abdul Wahab, Head of UniKL RCMP Corporate Governance Department believes that such community programs would expose the medical students to humanitarian activities and at the same time establish networking with other non-government and non-profit organizations in Ipoh. It also gives a platform for the University to conduct research, based on the needs and problems encountered by the homeless in the city. Currently, the number of homeless people in Ipoh is estimated to be approximately 200. This scenario, if not addressed, may in some ways jeopardize the government’s efforts in bringing eight million tourists to Perak during the Visit Perak 2017 campaign period. 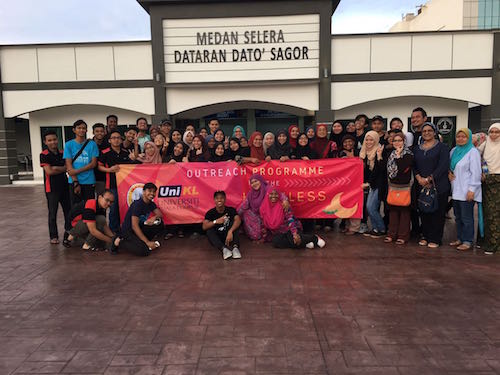 Norul Aini Zakariya, a Pharmacy Lecture, expressed her hope that the homeless will get permanent housing with basic facilities as most of them are ageing and facing various health problems.

Other activities that were carried out on that day included distribution of toiletries items, and tips on basic hygiene such as washing hands. A warm up session was also conducted by UniKL RCMP medical students to cheer up the homeless. 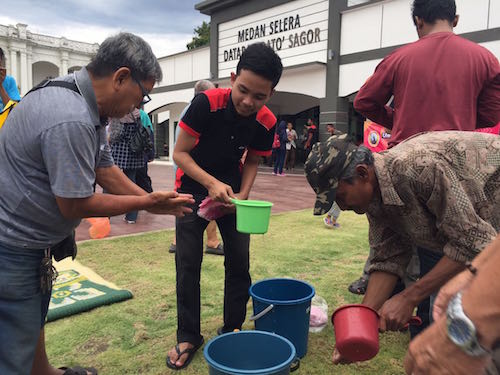