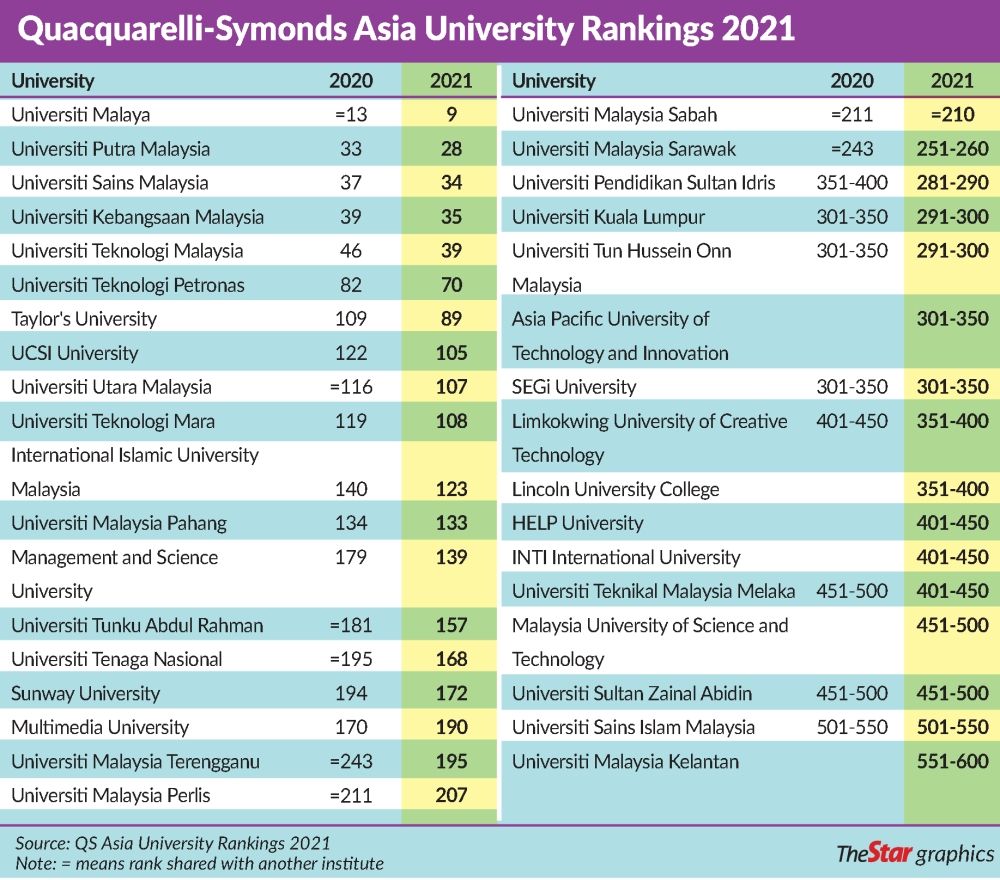 IT has been a successful year for Universiti Kuala Lumpur (UniKL), akin to winning a grand slam in higher education.

Operating under the aegis of Majlis Amanah Rakyat (Mara), UniKL is among the top best 300 universities in the Quacquarelli-Symonds (QS) Asia University Rankings 2021 announced on Nov 25.

Earlier in October UniKL marked another milestone in Times Higher Education (THE) World Subject Rankings this year – ranked in its specialised subject areas, namely, 501–600 in Business and Economics, 801+ in Computer Science and 801–1000 in Engineering. UniKL are now categorised as Malaysian top six university in Business and Economics and top 10 in Computer Science and Engineering respectively.

In September 2020, for the first time, UniKL made to the list of the 2021 Times Higher Education (THE) World University Rankings at 1000+ and in the Top 10 among Malaysian universities.

It was in 2014 that the aspiration in being one of the top universities in Asia by 2020 was conceived, leading to the launching of UniKL five-year We4Asia programme in 2016.

UniKL Acting President and Chief Executive Officer Prof. Dr. Shahrulniza Musa attributed the improved rankings to the achievements of UniKL’s short and long-term initiatives in this five-year period since 2016.

“Our education programmes and system has a lot to shout about, a positive sign that demonstrates our growing ability to compete among Asia and the world’s leading universities,” said Prof. Dr Shahrulniza.

Higher Education Minister Datuk Dr Noraini Ahmad in a statement said: “This is the country’s best performance so far. This achievement places Malaysia as a higher education hub in the Asian region, enabling institutions to collaborate with the world’s leading researchers,” adding that 35 local universities were listed in the QS Asia University Rankings 2021.

The national education system, she added, had been accepted as “highly reputable” among academics and employers in Asia.