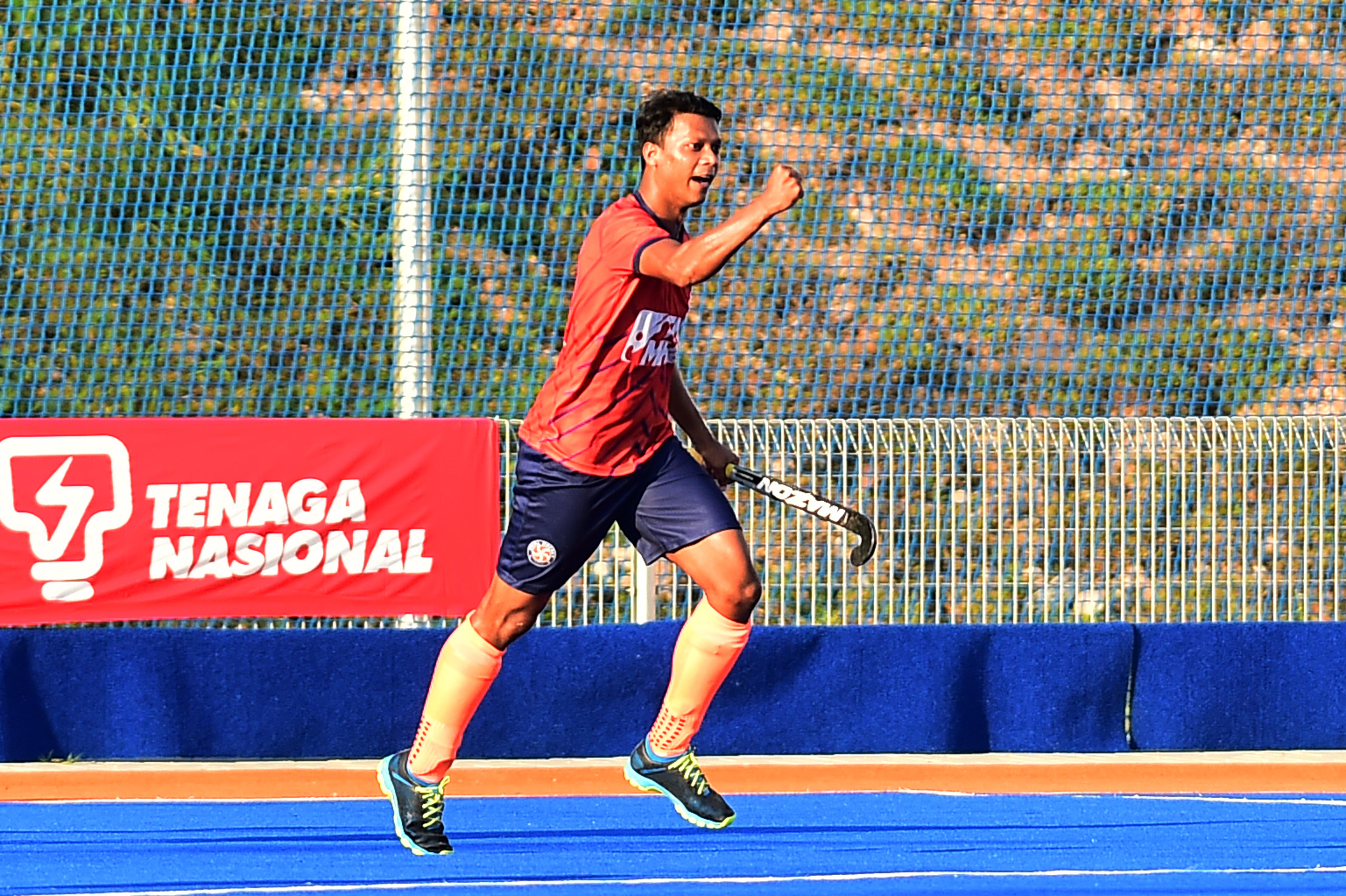 Penang (17 February, 2017):  Universiti Kuala Lumpur (UniKL) triumphed 6-1 over Nur Insafi in the second round of the Malaysian Hockey Premier Division match at the Universiti Sains Malaysia (USM) Hockey Stadium in Penang on Sunday.

Penang (17 February, 2017  Universiti Kuala Lumpur (UniKL) triumphed 6-1 over Nur Insafi in the second round of the Malaysian Hockey Premier Division match at the Universiti Sains Malaysia (USM) Hockey Stadium in Penang on Sunday.

The 2018 overall champions are now in a commanding position to win their first Premier League title since making their debut in 2011. In the first round of the league, UniKL defeated Nur Insafi 3-1 at the Tengku Abdullah Stadium in Bangi.

UniKL have now amassed 28 points with this win – one clear of Tenaga Nasional Berhad who defeated Maybank 7-2 at the home of UniKL – Tengku Abdullah Stadium in Bangi.

“It was a calm approach to the game. Most important we started off well and disciplined. We did not give much space to Nur Insafi in the first two quarters. The midfielders and defenders picked up the loose balls very well,” said UniKL coach Arul Selvaraj.

“Another happy moment is Izwan, who scored the first goal, in front of Penang fans which is his home town. I am very happy for him as well as the team.”

It was the Sungai Petani-based outfit that got off to a blistering pace in the first four minutes of the first quarter on the newly-laid out USM green turf by taking control of the ball but the story took a dramatic turn in the very next moment as UniKL came back to earn three consecutive penalty corners within a space of 2 minutes but could not find the space to score.

A penalty stroke by Havenga in the 23rd minute was UniKL’s best chance to extend the lead but the Dutchman’s squandered with a low push to the right of goalkeeper Mohamed Ridzwan Azmi who stopped it well with his stick.

Havenga, however, made amends for the earlier failure by converting a penalty corner in the 28th minute as UniKL took a 2-0 lead going into the half-time break.

Nur Insafi, the underdogs in the league, rallied back at the start of the second quarter to reduce the deficit through Nur Rahul Hrikesa Thaichana with a field goal in the 31st minute.

UniKL continued the push in the third quarter and Muhammad Razie extended the lead in the 41st minute via a penalty corner and Faridzul it 4-1 in the 44th minute with a field goal. 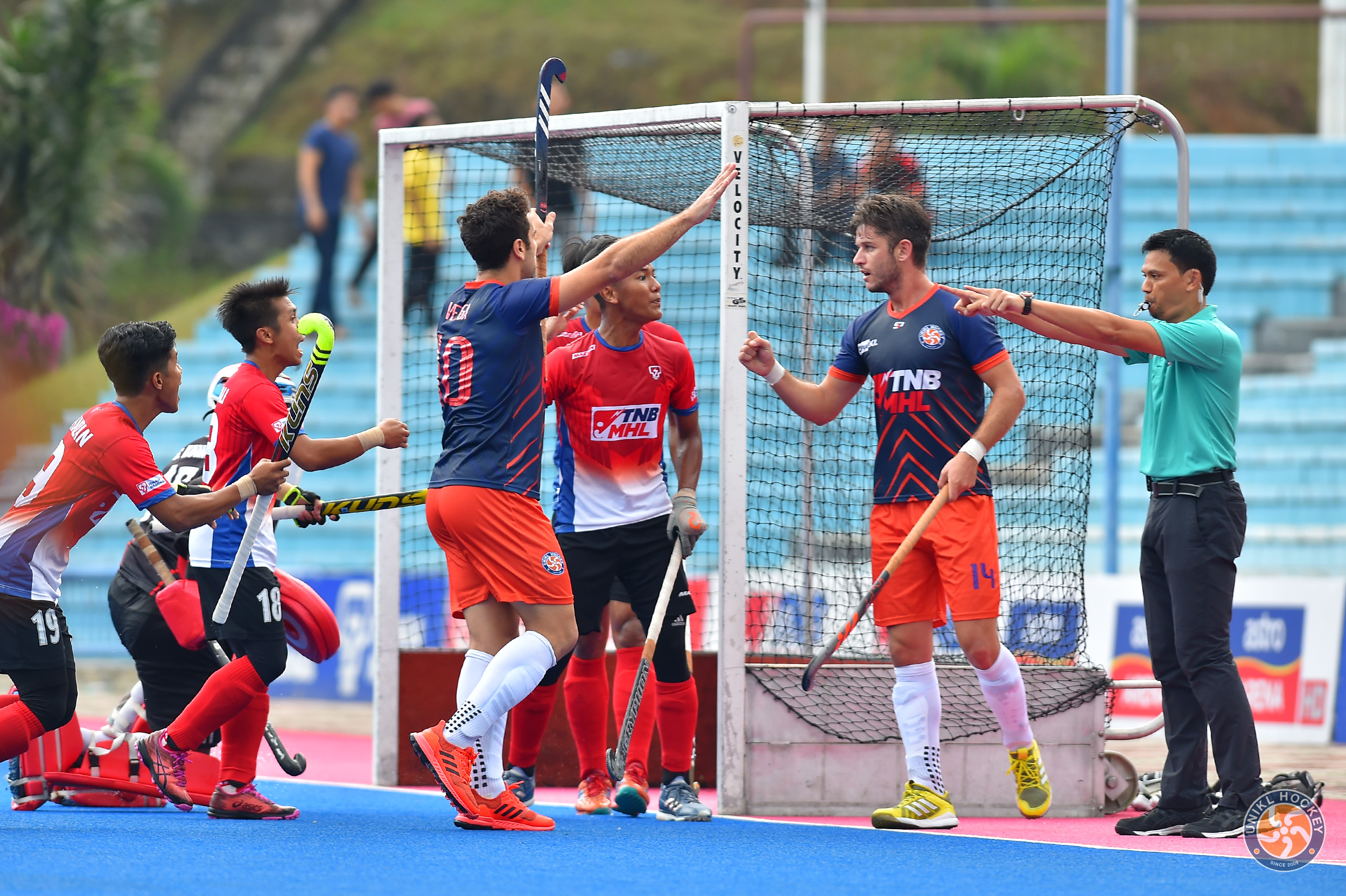 Universiti Kuala Lumpur (UniKL) triumphed 6-1 over Nur Insafi in the second round of the Malaysian Hockey Premier Division match at the Universiti Sains Malaysia (USM) Hockey Stadium in Penang on Sunday.