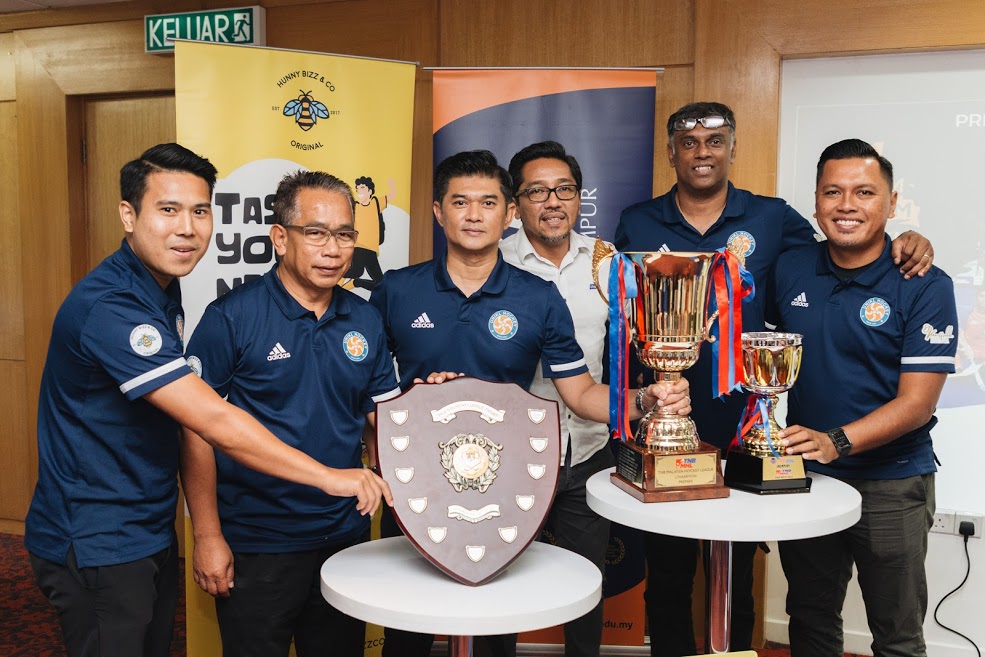 THERE are only a handful of coaches in the annals of Malaysian hockey who boast of impressive resumes. A. Arul Selvaraj is among those inducted into this cradle of coaches.

UniKL won the treble in 2020 – making a clean sweep of the Charity Shield, Premier League and TNB Cup (overall champions) in one the most exciting League fans had ever witnessed.

The Malaysian Hockey Confederation (MHC) Coaching Committee had in a collective decision in 2016 barred national coaches (at all levels) from helming teams in the MHL.

“It was the most difficult decision I had to make after spending eight years with UniKL. I’m truly saddened to part ways with a team whose players, both local and foreign signings, showed great discipline, character and commitment on and off the field in every aspect of the game since I was the coach in 2012,” said Arul, his voice chocking in sadness. He had been with UniKL for nine seasons of the league.

“Although I may not be coaching UniKL for the new season, I strongly believe UniKL has the character to continue the legacy. It was hard work all the way for the team since I started coaching eight years ago. We went through trials and tribulations, something that most teams experience in the leagues, and UniKL was no exception.” he added.

“There is this strong bond in UniKL hockey team. We were like a family. We laughed and joke among each other off the field but on match days it was serious work. The players got along well with the foreign players. That is one reason why the foreign players are always excited to join the team for a new season league,” said Arul, who returned from Dublin, Ireland two weeks ago to take charge of the national team.

“While the players rolled out their best on the field, it was the management of UniKL Hockey led by Prof Dato’ Dr Mazliham and Dato’ Amir who injected the adrenalin into the side,” he stressed. “They were fully

committed and confident that this university team will one day win titles. There were ups and downs along the way for the team but Prof Dato’ ’Mazliham, Dato’ Amir, the players and technical staff remained resilient and supported strongly.”

“Lep has been with the team for a long time and worked hard to ensure the players were in the best of health and fit. He has been through thick and thin with the team. At times I would call him at 3’o clock in the morning to seek his opinion on matters regarding players and team strategies. He has been my most supportive and trusted staff,” said Arul.

UniKL made its debut in the TNBMHL in 2009. The Young Guns UniKL team coached by I. Vickneswaren went on to emerge Overall Champions in the 2010 MHF-Milo-NSC National Junior League and League champions in 2011 respectively.

However, it was only in 2012 that the senior varsity side began to emerge out of the woods in Arul’s maiden stint as coach. The team reached the quarterfinals of the 2012 Premier League and eventually finish in the sixth position.

In 2018 UniKL clinched the overall TNB Cup. Arul’s mission of taking the side to their first 2019 curtain-raiser Charity Shield victory on January 10 against defending League champions Terengganu Hockey Team suffered a dent following a 3-1 defeat in a penalty shootout. The teams were tied 2-2 in regulation time.

However, 42 days later, UniKL and Arul had a firm grip on the Premier League title after a 2-1 win over Maybank. It was UniKL’s 10th straight victory in the League.

“My main objective now is to help Malaysia qualify for the 2023 World Cup in India and also for the 2024 Olympics in Paris,” said Arul, who has been coaching national teams with South African-born Paul Revington since 2005.

The UniKL community extend our greatest appreciation and gratitude to coach Arul for his guidance and services to the varsity hockey team.