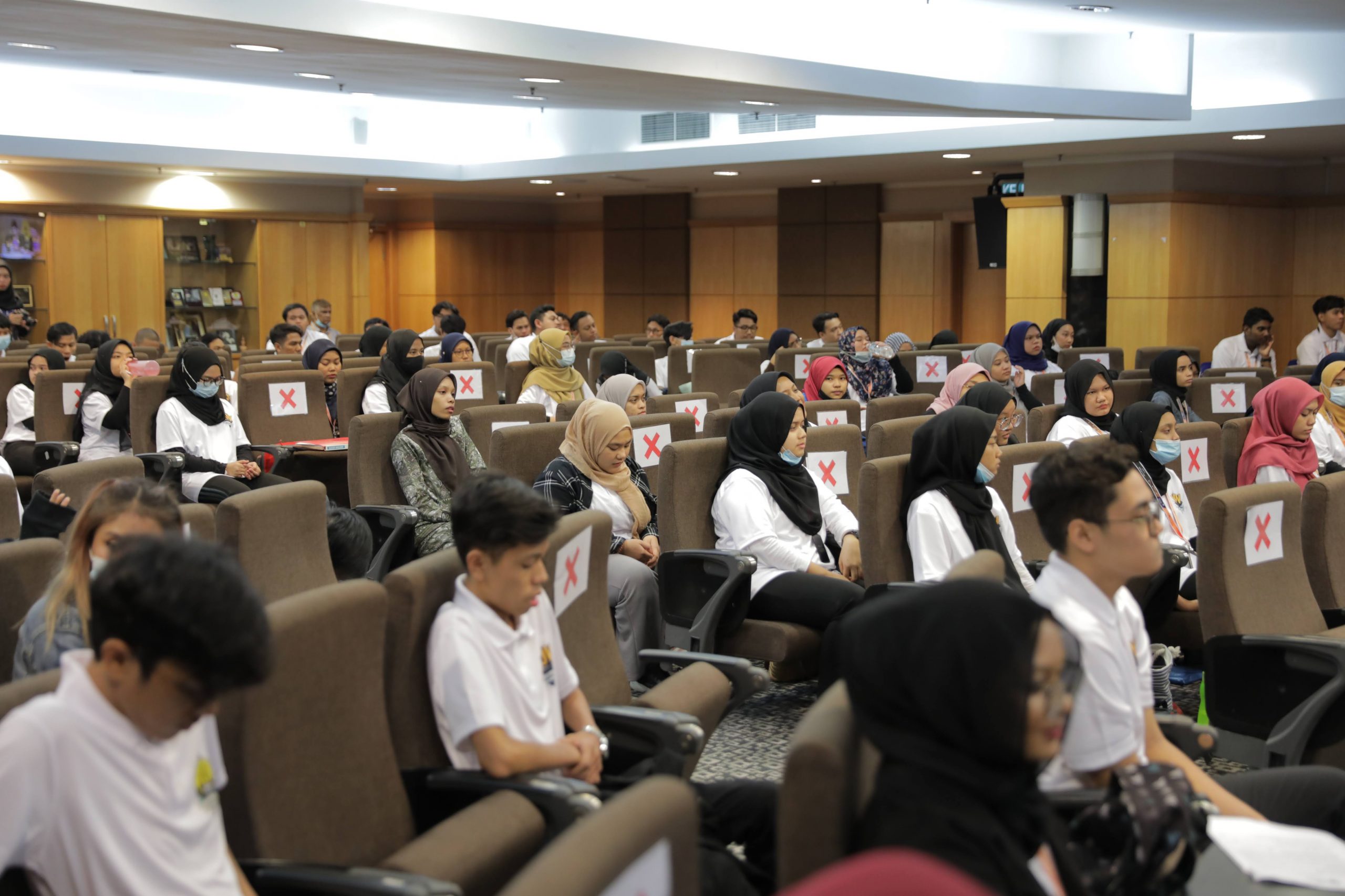 Nur Hanani and Nur Fatin Ashikin, who hail from Kedah and Perlis respectively, had no problem picking their choice of university.

The duo are among the early birds who arrived at Universiti Kuala Lumpur Malaysian Institute of Information Technology (UniKL MIIT), located in the 31-storey Chancellery, on July 12 (Sunday) to register for the July Intake Diploma in Multimedia programme.

UniKL Convocations, expressed Nur Hanani, have also excited her when she accompanied her parents for her older brother and sister graduation ceremonies.

For Nur Fatin, who studied at MRSM Beseri in Perlis and scored 5As in the 2019 SPM examination, she has been looking forward to a new journey in life after completing secondary school education.

“My cousins studied in UniKL too and I heard a lot wonderful stories studying here. They say the lecturers are very helpful. Furthermore, we are exposed to state-of-the-art facilities,” she said, adding that UniKL Recruitment and Admission staff also held a workshop at MRSM Beseri and she was excited to join the varsity after hearing what they had to say.

Muhd Asyraaf Rusyaidi Amran, 18, who hails from Changlun, Kedah, is equally excited to join the first semester batch of students.

“It is my first day here and I like it here,” he said.

Registration for diploma and foundation programmes began last Sunday at most of UniKL 12 campuses.