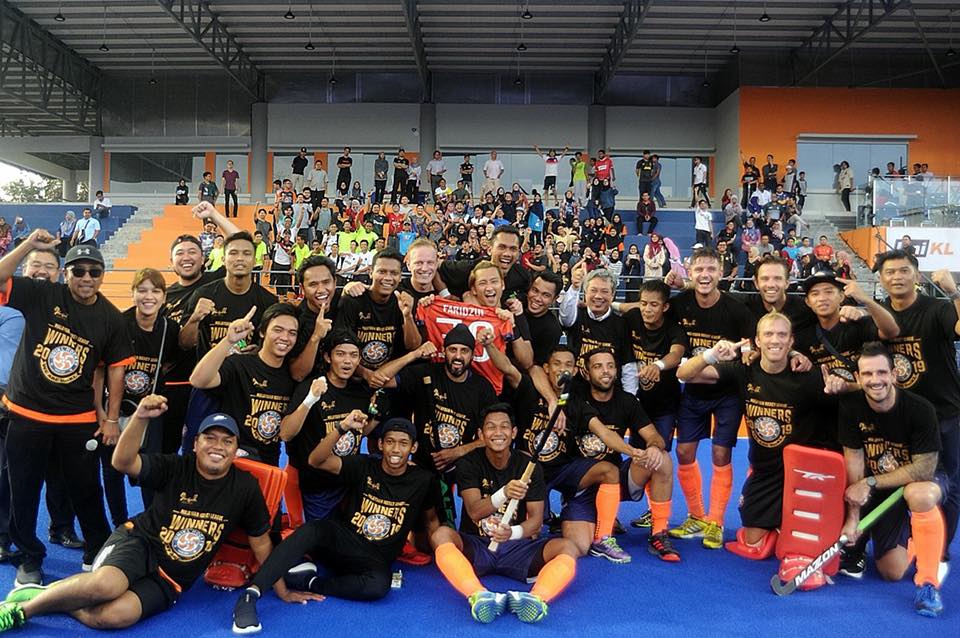 Kuala Lumpur (20 February, 2019): Universiti Kuala Lumpur (UniKL) clawed back from a one goal deficit to edge Maybank 2-1 and in the process clinched the 2019 Malaysian Hockey Premier League title at the Tengku Abdullah Stadium in Bangi today.

Kuala Lumpur (20 February, 2019): Universiti Kuala Lumpur (UniKL) clawed back from a one goal deficit to edge Maybank 2-1 and in the process clinched the 2019 Malaysian Hockey Premier League title at the Tengku Abdullah Stadium in Bangi today.

Watched by an estimated 300 fans the victory brought an end to UniKL’s long wait for the League title. The 2018 TNB Cup champions also earned RM100,000 in prize money for their triumph.

In the first round of the league, UniKL defeated Maybank 5-1 at the same venue but the Tigers were a transformed side in this second round encounter.

UniKL’s journey to the top came with an unbeaten record of 10 consecutive wins. The only blemish in their track is the 2-2 draw against defending league champions Terengganu Hockey Team (THT) in the Charity Shield on January 11.

Arul Selvaraj’s team have now amassed 31 points – four ahead of TNB with a game in hand against TNB Thunderbolts on Friday at the Tengku Abdullah Stadium.

TNB, at best, will finish second in the pool as Nur Saiful Zaini Nasiruddin’s side conclude their fixture with a last game against THT, also on Friday, at the Tun Razak Stadium. A win will give TNB the maximum 30 points from 12 matches.

“We are excited to win the league after so many years. We dedicate this victory to UniKL Chief Executive Officer and president Prof Dato’ Dr. Mazliham Mohd Su’ud and UniKL Hockey Club president Dato’ Amir Azhar Ibrahim who have supported the team. This victory belongs to UniKL,” said Arul.

“Our ultimate priority is the TNB Cup semi-finals and we will definitely focus on that to retain the title. Our structure ill remain the same. Today Maybank gave us a tough match and I was expecting that from them. I was not surprised,” he added.

The Tigers, seeking to redeem their battered and bruised pride following the 7-2 demolition by TNB last Sunday, were very much on top of UniKL in the first four minutes and surprised their far more illustrious host with the opening goal. 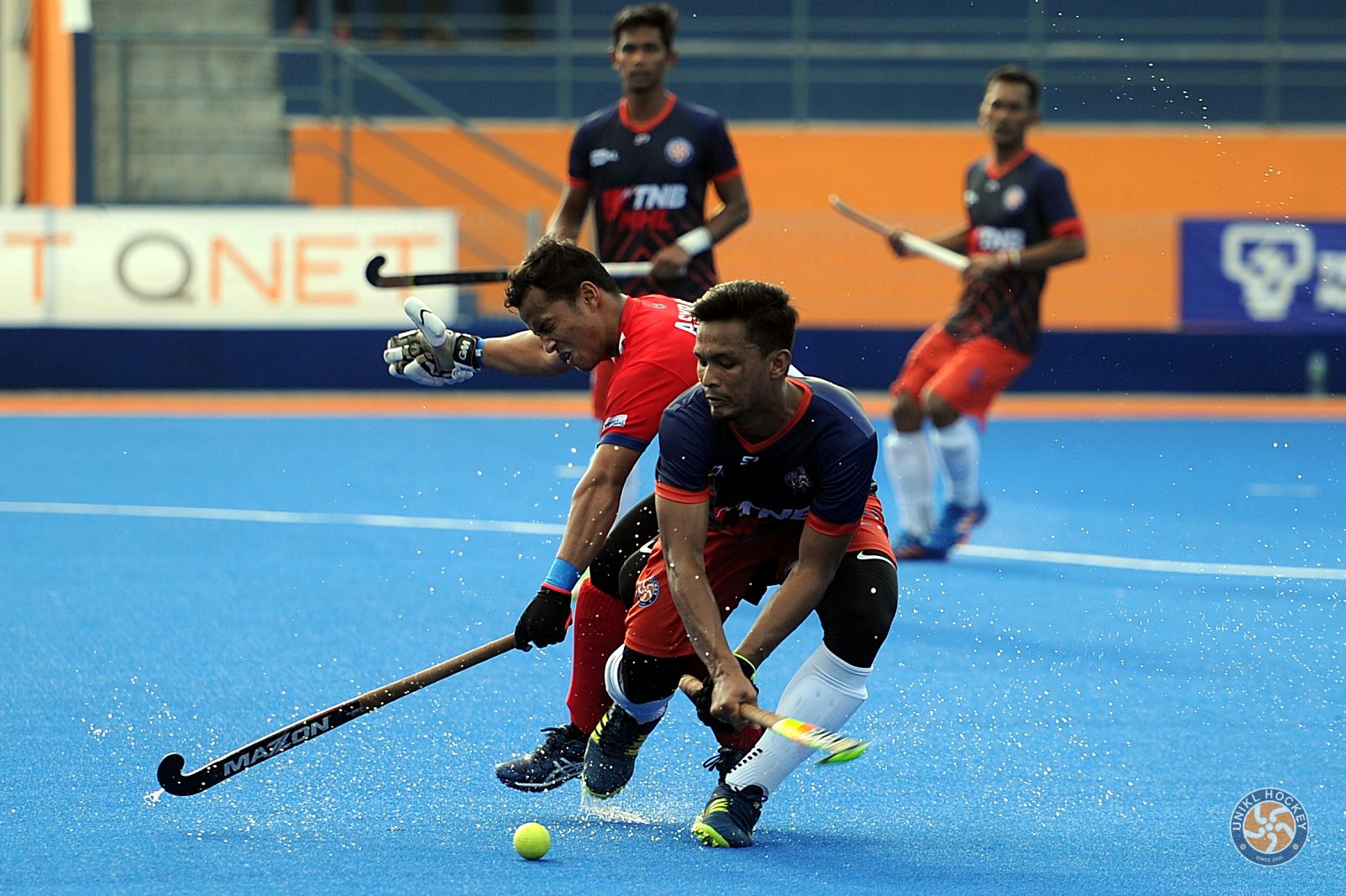 The third and fourth quarters was evenly contested. Both teams were outstanding in defence to keep each other off the scoreboard although UniKL had a total of six penalty corners in the match. 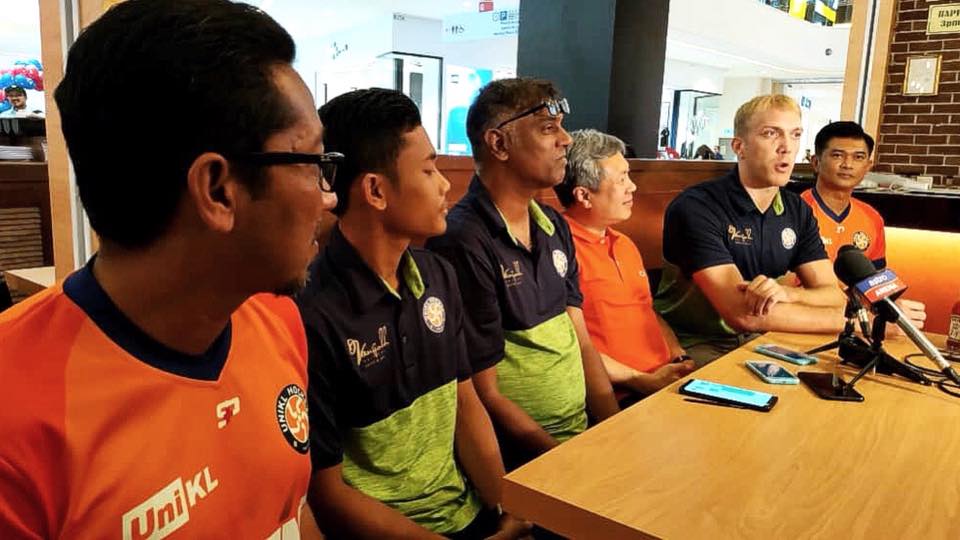 And after the final hooter, UniKL players exchanged their orange coloured jerseys with a black t-shirt with the words “Champions” emblazoned on it and celebrated with joy under a light drizzle.

Even the sky cried tears of joy for UniKL.