Twenty four members of the Sports and Recreational Club of Universiti Kuala Lumpur, Royal College of Medicine Perak who were on recreation tour to Miri and Brunei Darusssalam were granted permission to visit Istana Nurul Iman, the Royal palace of Sultan Hassanul Bolkiah on 14 November, 2016.

After the mandatory security checks, the group was led into the sprawling palace grounds accompanied by a member of the police force. The group was met by the palace manager Miss Bettina Salher and several other palace officials.

Prof. TC as he is fondly known, shared his journey as an academic from the early years at MARA Institute of Technology (now UiTM), to receiving his professorship at Brunel University, UK and Zurich University of Applied Sciences (ZHAW), Switzerland. 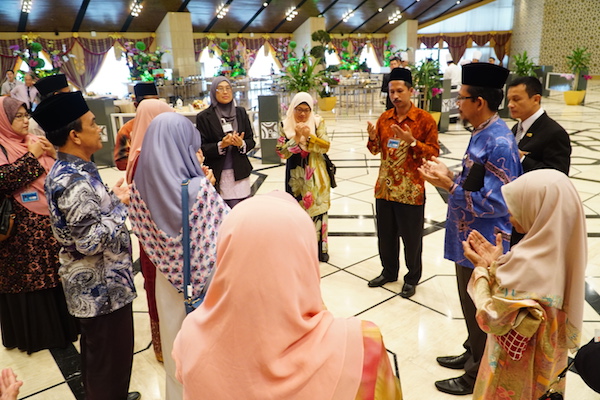 According to Ms.Bettina almost a thousand applications are received by the authorities every year requesting for permission to visit the palace and UniKL.RCMP was one of the few that received the approval this year and was accorded special treatment. The delegation was taken on a guided tour by Ms Bettina to see the Main Hall of the palace, the dignitaries’ waiting room, the Royal Hall and the Royal Court. The Palace is open to visitors only twice a year, especially during national celebrations. As such it was indeed a rare opportunity accorded to the group from UniKL RCMP. 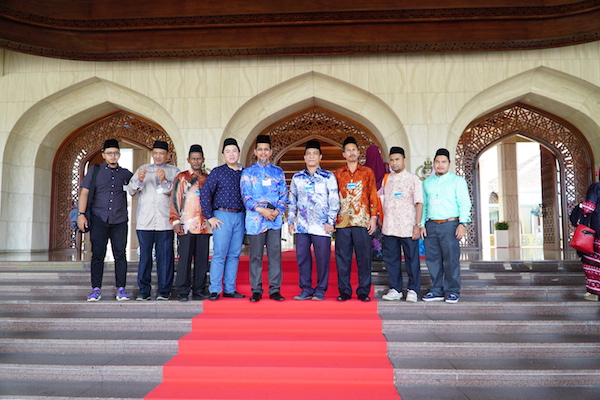 Ibrahim Ahmad, the president of the Sports and Recreational Club, who led the group of visitors said it was a rare honour for his group. He thanked the sultan and his officials and hoped that all the club members would savour the experience. The director of the program, Zahaimi Abdullah Sani, said she was speechless when she received a call from the palace approving the request for the visit and felt extremely overjoyed at the opportunity to visit the world’s largest palace owned by the world’s richest monarch.

The delegation was treated to a sumptuous lunch at the palace prepared by the palace cooks many of whom are actually Malaysians. The visit ended with a ‘doa selamat’ recited by Ibrahim Ahmad, the leader of the group.

Having tug-of-war with Orang Asli children. 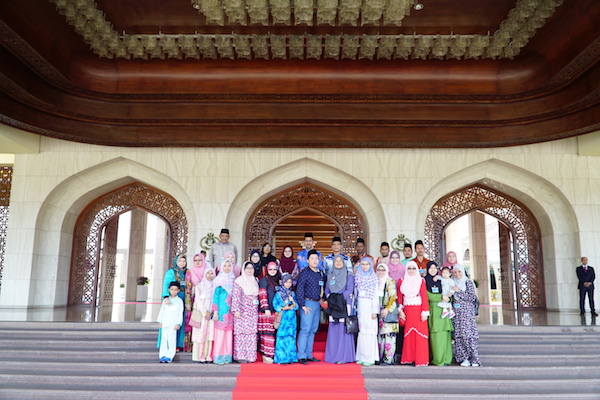 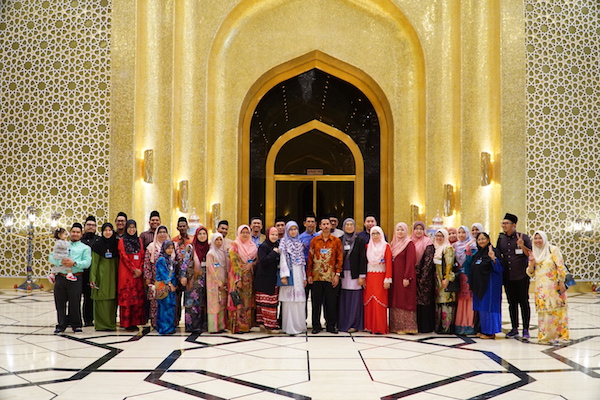