UniKL and The Red Warriors Moving On For 2016 Season

UniKL and The Red Warriors Moving On For 2016 Season 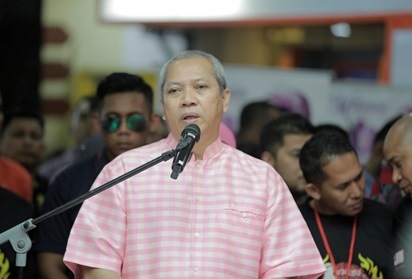 Tan Sri Annuar Musa, KAFA Chairman sharing his vision and expectations of the new season with fans and media members

KUALA LUMPUR, 15 January 2016 – Universiti Kuala Lumpur (UniKL) announced that it will continue its support to Kelantan Football Team or better known as The Red Warriors for 2016 season. The announcement was made official through the signing ceremony held by KAFA with all TRW official partners and sponsors held today in MARA Building, Kuala Lumpur.

Heading the list of TRW official partners and sponsors is Pamoga Qu Puteh by Vida Beauty Sdn. Bhd. with its founder Dato’ Seri Dr. Hasmiza Othman or better known as Dato’ Seri Vida pledging a two-year deal worth RM16mil with KAFA. KAFA president YB Tan Sri Annuar Musa, who is also MARA Chairman and Universiti Kuala Lumpur Pro Chancellor says, “This sponsorship announcement signifies our intent in bringing Kelantan to the next level. The cost of running a Super League team has increased considerably over the years and we have to bear in mind that in order to stay competitive, a high budget is needed. After a disappointing season last year, we are looking forward to winning a trophy this year.”

Universiti Kuala Lumpur sees this as a great opportunity to cement its place in the sports scene of Malaysia and UniKL’s continuous commitment to develop sports in the country. This collaboration will also boost the quality of football among UniKL staff and students. The partnership also signifies a manifestation of UniKL’s commitment to produce Malaysians who will contribute positively to the nation’s growth in all areas. 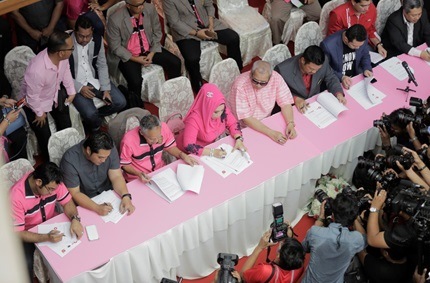 Sponsors and the top management of KAFA signing on their commitment for the new season. Far right is UniKL CEO and President Prof. Dato’ Dr. Mazliham Mohd Su’ud. 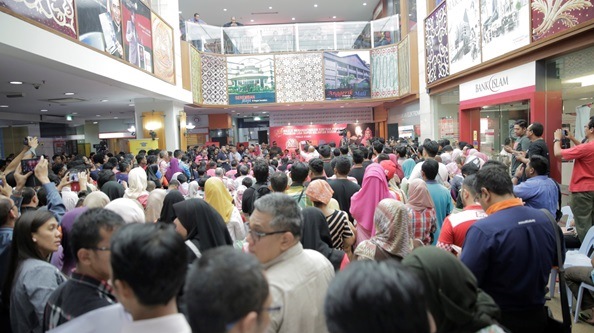 Fans and members of the media throng the lobby of MARA Building, Jalan Raja Laut, Kuala Lumpur, to witness the historic event.