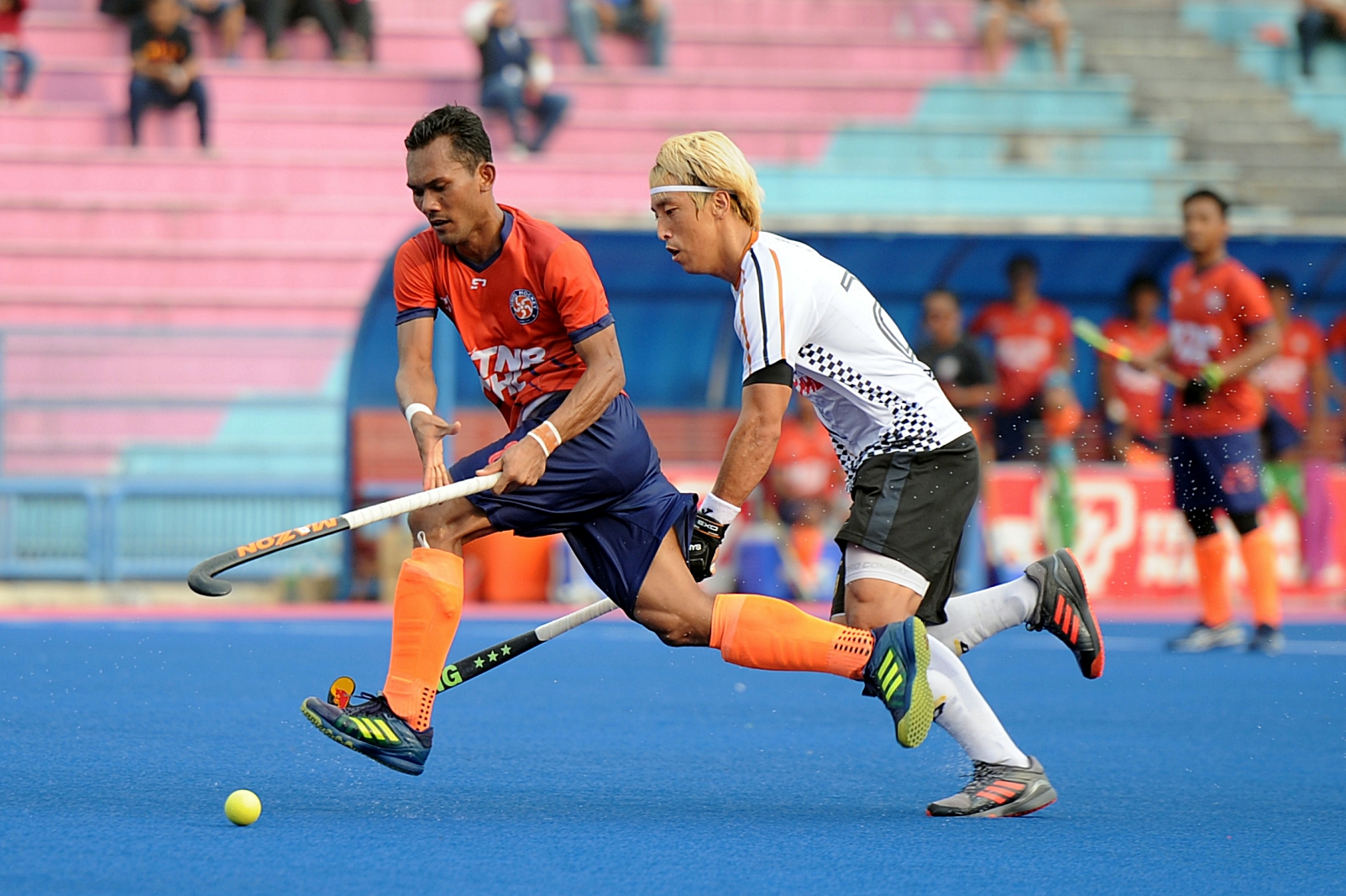 Terengganu Hockey Team (THT), who finished third in the Premier League, instead celebrated 2-1 victory with penalty corner conversions by South Koreans Jang Jonghyun in the 25th minute and Jung Manjae in the 40th minute to emerge champions for the fifth time in the history of the TNB Cup that was first introduced in 2006.

Jang has scored 22 goals and Jung 10 in the Malaysian Hockey League this season. League champions UniKL replied through drag-flick specialist Muhammad Razie Abdul Rahim via a penalty corner conversion in the 44th minute.

TNB had earlier pulverised Maybank 7-2 in the playoff for third-fourth placing.

In a pulsating final that was watched by an estimated 1,200 fans, UniKL created eight penalty corner opportunities and THT recorded seven.

“We are very excited to win the TNB Cup against a great team like UniKL. The final was intensely fought and we took our chances, thanks to Jang and Jung’s goals. Overall the team played a great game. Some of the players were injured in the match but kept the fighting spirit intact,” said THT coach, I Vicknewaran.

A dejected UniKL coach, Arul Selvaraj, observed: “I don’t one to be one-sided but credit to THT.  They played a hard game in the second and third quarters. We also had a lot of opportunities and did not score. I would like to give credit to our goalkeeper Adrian (Andy Albert) who made some excellent saves, and Farhan (Mohd Zain) who played in his second match of the season,” said Arul.

“We only had 16 players on the bench as four of our foreign signings could not play in the final due to EHF restriction. But it was a great match. I am disappointed but there is nothing we can do with only 16 players on the field. Every player did his best,” he added.

UniKL was denied the services of Dutch internationals Martijn Havenga, Robbert Kemperman and Valetin Verga as well as Ireland captain and goalkeeper David Harte before the start of the final by the European Hockey Federation (EHF).

The varisty side had appealed to the European hockey governing body for the inclusion of the ‘fabulous Four’ who are contracted to play in the EuroHockey League and their last day of playing in overseas leagues was February 28.

The four could only watch the final proceedings from the grand stand gallery. 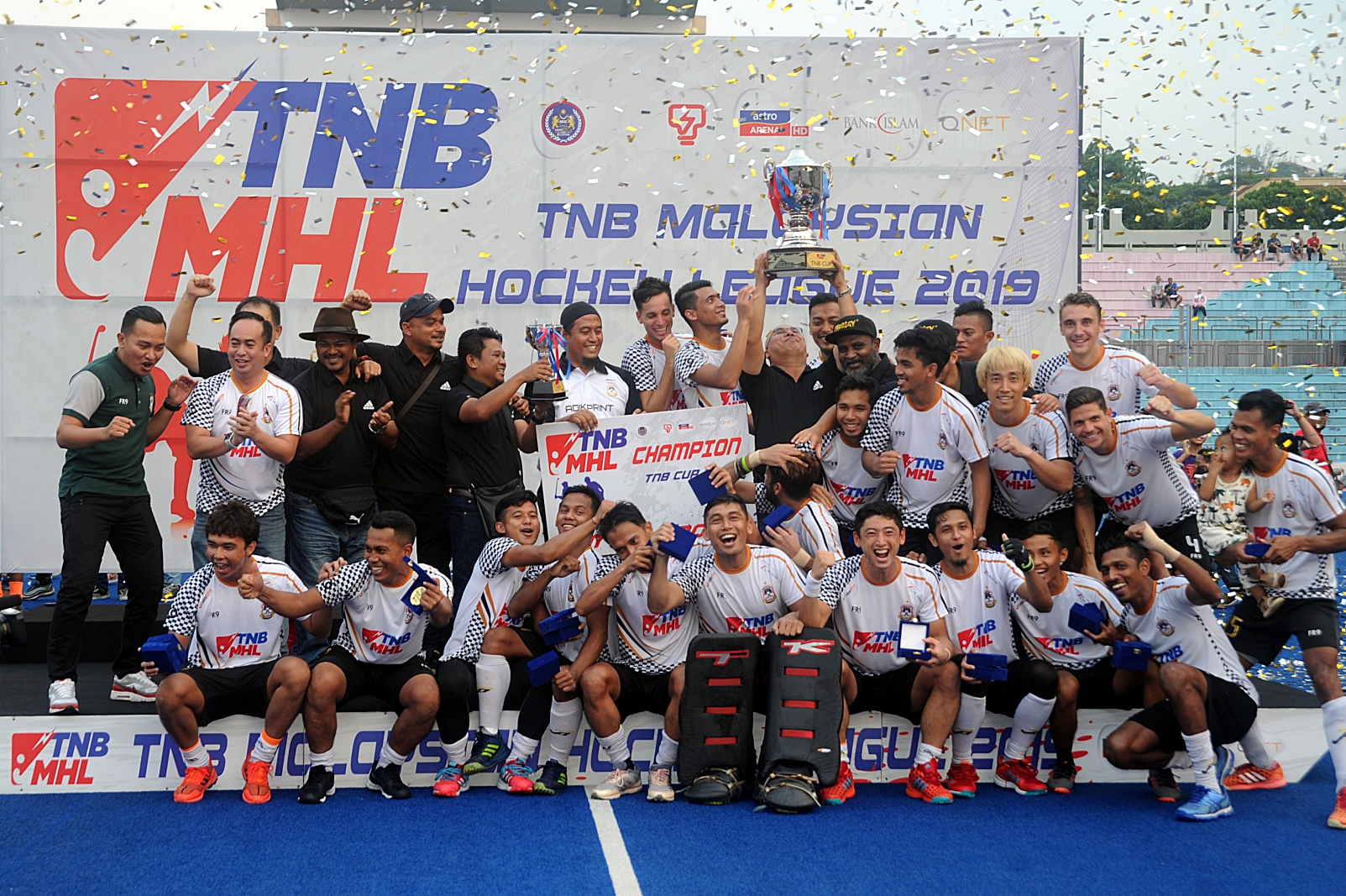 UniKL got off on an attacking mode and came close to scoring in the sixth minute when Baljit crossed the ball into the semicircle from the left and Izwan intercepted well but failed to place the ball past goalkeeper Mohamed Hazrul Faiz.

Both teams were embroiled in a nailing-biting show until THT, who last won the TNB Cup in 2017, ended the stormy session by netting the first goal through Jang from a penalty corner in the 25th minute. Jang’s low drive from THT’s third penalty corner attempt was miscalculated by Adrian.

The last quarter was evenly contested by both teams but neither side could score, although UnikL had two chances in the last five minutes before the hooter.

Maybank, who had finished in fourth position in the Premier League, replied through Muhammad Hafiizuddin Zaini (57th) and Amirullah Zainol in the 59th minute.