UniKL get past UiTM with Sukri and Havenga goals

UniKL get past UiTM with Sukri and Havenga goals 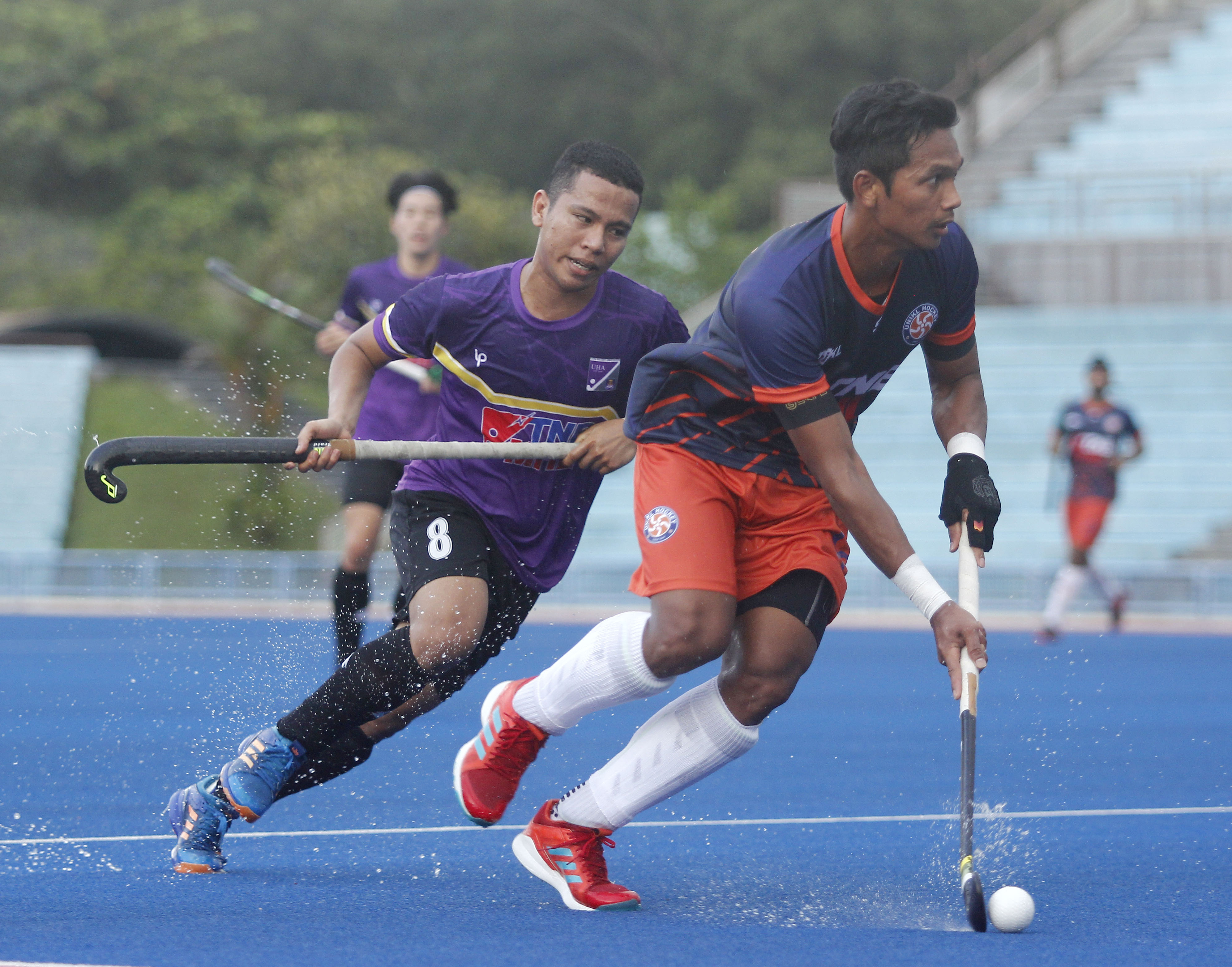 National team captain and defender Sukri Abdul Mutalib opened account for UniKL in the 40th minute via field goal and Dutchman Martijn Havenga extended the lead in the 46th minute, courtesy of a penalty stroke after Robbert Kemperman was brought down by goalkeeper Mohd Adi Fazri.

UiTM reduced the deficit at the close of the fourth quarter through Mohd Azwar Abdul Rahman in the 59th minute with a field goal.

“It was a good match from UiTM in the first half but I was confident the players will get their act right in the second half to win this match,” said UniKL coach Arul Selvaraj.

“The Dutch players arrived a day earlier and looked tired but with our next game scheduled only on Friday against Tenaga Nasional Berhad they should be physical ready with enough rest.”

UiTM head coach Meor Mohd Shahril, said: “I am happy with the performance of the players against a strong side as UniKL. We took the game to UniKL and this is good for the morale of the players.”

For the first time in the league, UniKL paraded five of their six foreign players –Havenga, Valentin Verga and Kemperman (Holland), together with Australians Timothy Deavin and Kieran Govers.

Goalkeeper David Harte of Ireland is nursing a minor groin injury and was kept out of today’s game, leaving Adrian Andy Albert busy between the goalposts throughout the match.

UiTM introduced midfielder Kentaro Fukudo, a member of Japan’s 2018 Jakarta-Palembang Asian Games gold-medal winning squad, whilst awaiting the arrival of two Bangladesh and an Indian player who have yet to get the green light from their respective Ministry of Defence. 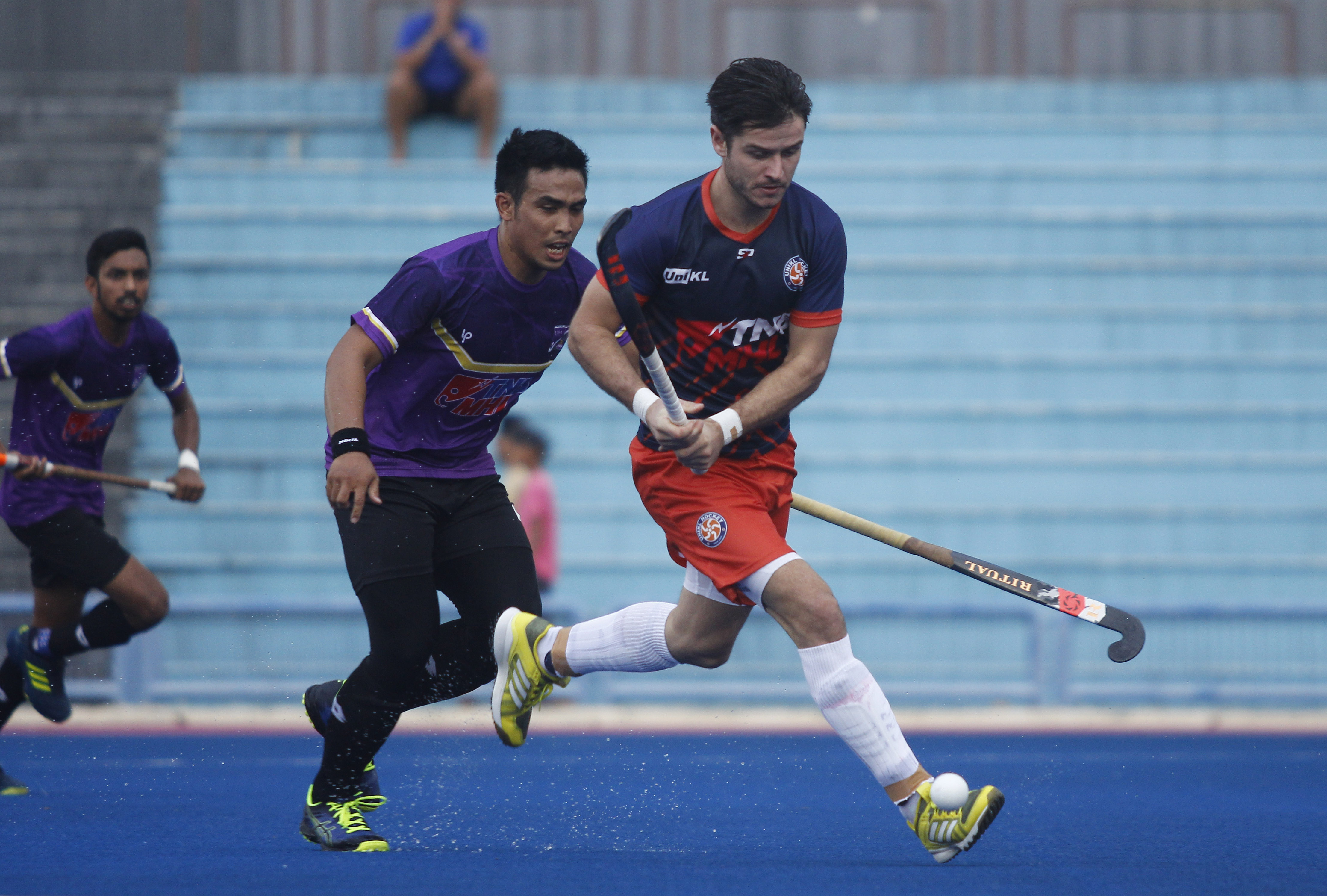 Following a 3-1 defeat in the Charity Shield match against Terengganu Hockey Team (THT) in penalty shootout two days earlier after posting a 2-2 draw in regulation time that earned both teams one point each, UniKL needed to break the streak with a handsome win against UiTM today to earn three full points. They now have four points in the bag.

However, much to their chagrin, it was UiTM that controlled the first half, earning three penalty corners and in the process were also awarded a penalty stroke in the 22nd minute while UniKL had none coming their way.

Mohd Azwar Abdul Rahman’s flick to the left post was palmed away by a diving Adrian as the first half ended in a scoreless draw.

The second half got off to a frenzy mood with both teams in search of the first goal. The closest UniKL came was in the early part of the third quarter when they were awarded a penalty stroke. Razie Abdul Rahim, however, blew this opportunity to put the 2018 overall champions ahead with a wide flick past goalkeeper Adi Fazri.

The third and fourth quarters were equally contested and it took the experience of Sukri and Havenga to pull UniKL through while UiTM kept the challenge with a solitary goal from Azwar.

UniKL will next go face to face against Tan Sri P. Alagendra Cup champions TNB at the Tengku Abdullah Hockey Stadium in Bangi, the home venue of UniKL, on Friday (January 18).